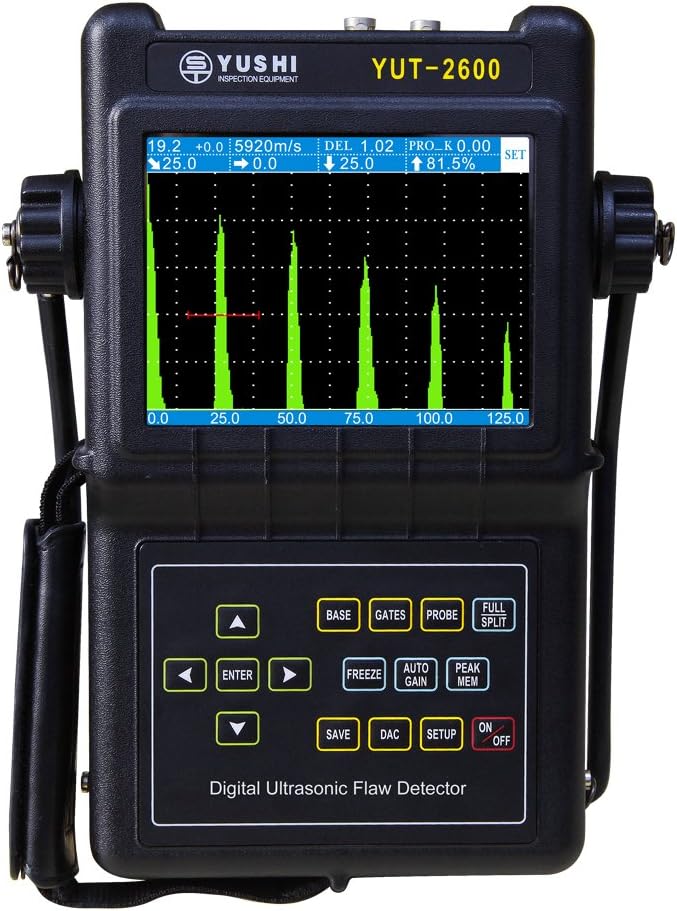 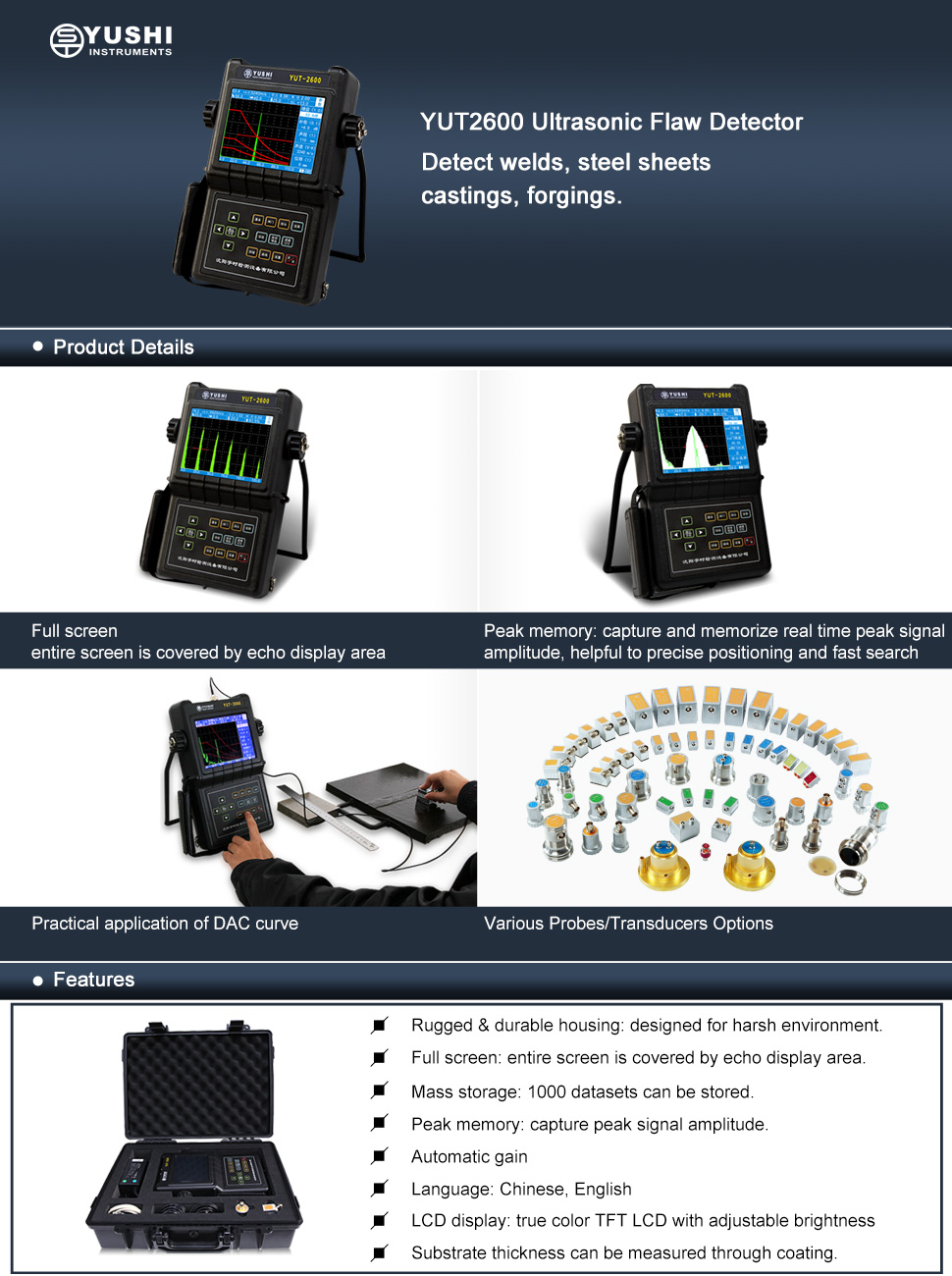 YUSHI INSTRUMENTS: WE ARE MANUFACTURER

The rugged YUT2600 is designed for the severe environment. Its domestically unique Omni seal design enables it to resist the damp, sandstorm, dust, and pollution in all sorts of environmental extremes ranging from ocean to desert.

The full screen function enables the echo wave displaying area to cover the entire screen so that the operator will have the maximal view.

The solid waveformÂ :add the waveform visual contrast and omission will hardly happen during the fast testing.

Through echo wave-echo wave thickness measurement: the zero calibration can be avoided, and the net thickness of the base material can be directly measured through the coating.

Wave Crest Memory: the real-time envelope can display the highest wave of the flaw and record the maximum value of the flaw to help the exact positioning and fast testing of the flaw as well as the qualitative analysis by the envelope waveform.

Real-time Clock: automatically record the date and time of the stored waveform.

Display Freeze: catching the waveform and the sound path data at any moment and removing the hatch after freezing to measure the echo wave parameters.

Digital Inhibition:0-80%,increasing by 1%,not affecting the linearity and gain.

Data Communication: communicating with the computer through the RS232 interface to transfer the waveform and data so as to manage the results of the flaw on the computer, generate the flaw testing reports and print them out.

When using transverse wave to detect flaws, the depths of the second and third waves are automatically calculated according to the slab thickness.